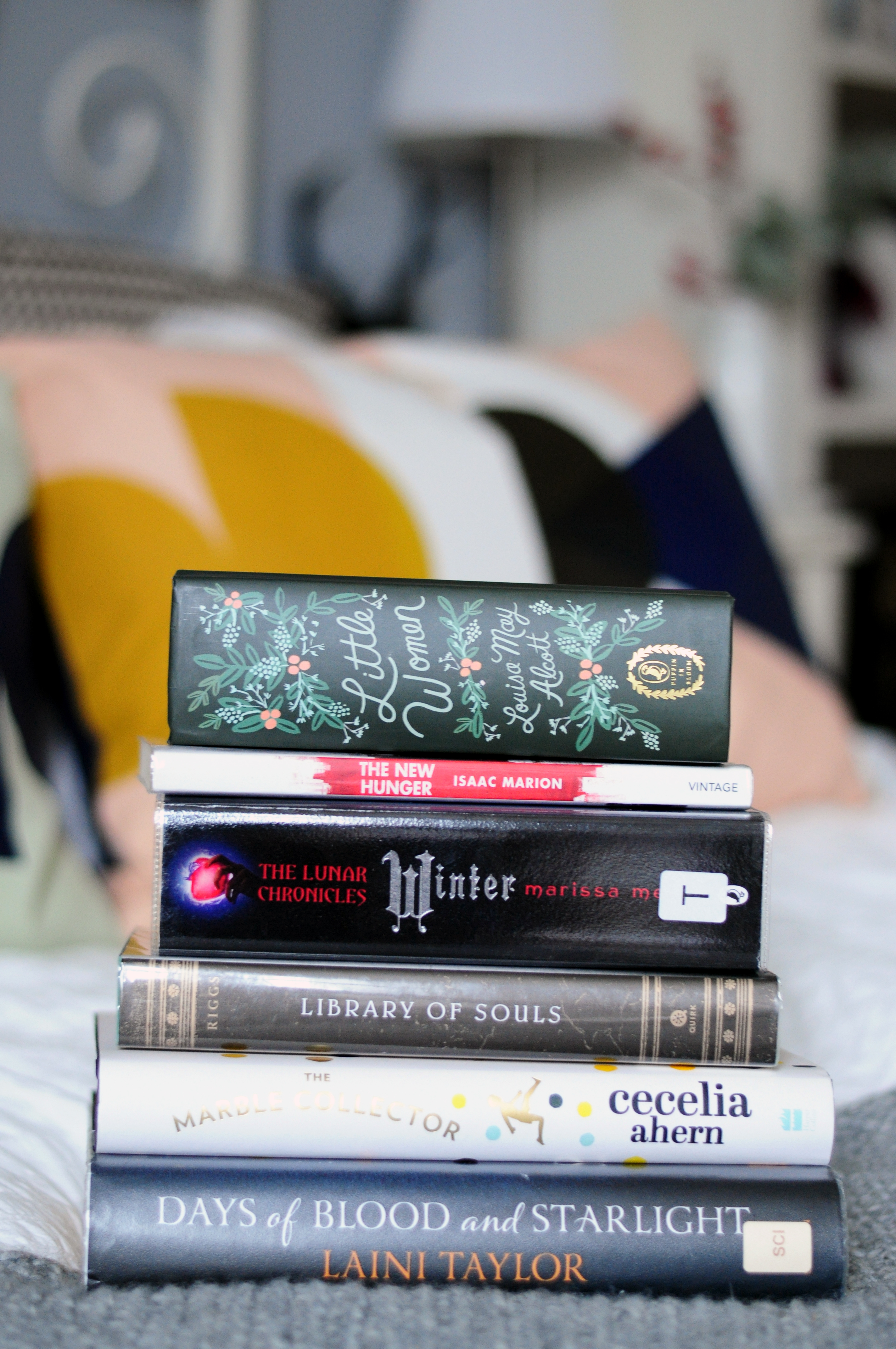 For the third year running, I am taking part in the Goodreads Reading Challenge. Again, I hope to read one hundred and four books this year which works out to two a week. A read a lot and while it might seem like a huge number of books, I've managed to complete both 2014 and 2015 challenges plus a few extras. I know I'll be able to complete it although I haven't got off to a very good start as I am already two books behind schedule.

The Rifle Paper Co version of Little Women has been on my wishlist for such a long time and I finally bought it when I bought a couple of things from the Anthropology sale. The cover is gorgeous and I hope to buy the other books as well.

The New Hunger is the prequel to Warm Bodies, a favourite of mine I read in 2013. It's only 170 pages so will be a quick read and then I want to read the second book in the series, The Burning World.


Being alive is hard. Being human is harder.

My mum and I started the The Lunar Chronicles last year and we're just about to start the last book in the series, Winter. The first book, Cinder, is still my favourite but as a whole, I think this is one of my favourite series. It makes me laugh out loud and it's nice to get completely lost in a new world. Another series we've both read is by Ransom Riggs. While I liked the first book and hated the second, I'm still going to give the third book a read. I've also just found out they're turning Miss p
Peregrine's Home For Peculiar Children into a film.


A boy with extraordinary powers. An army of deadly monsters. An epic battle for the future of peculiardom.

I've nearly finished the second book in the Daughter Of Smoke & Bone series by Laini Taylor. This has been what I call my bath book as it's too heavy to take to work with me so instead I read it when I want a long soak and have a pamper bath.


Once upon a time, an angel and a devil fell in love and dared to imagine a world free of bloodshed and war.
This is not that world.