For those who don't know, the Lush Kitchen cooks up small batches of exclusive products that are only available for a limited time until they sell out. The products available are a mix of Oxford Street exclusives, old favourites that have been discontinued or one off's. Since I've tried the majority of the Lush bath bombs and bubble bars that are in the permanent collection, I've been loving the Lush Kitchen recently and have been making quite a few small orders. I'm mainly interested in the bath bombs, bubble bars, bath melts and shower gels. Although there are a few products that I have bought simply because I've never tried them before like the Lemslip Buttercream. I didn't even know the buttercream formula existed! 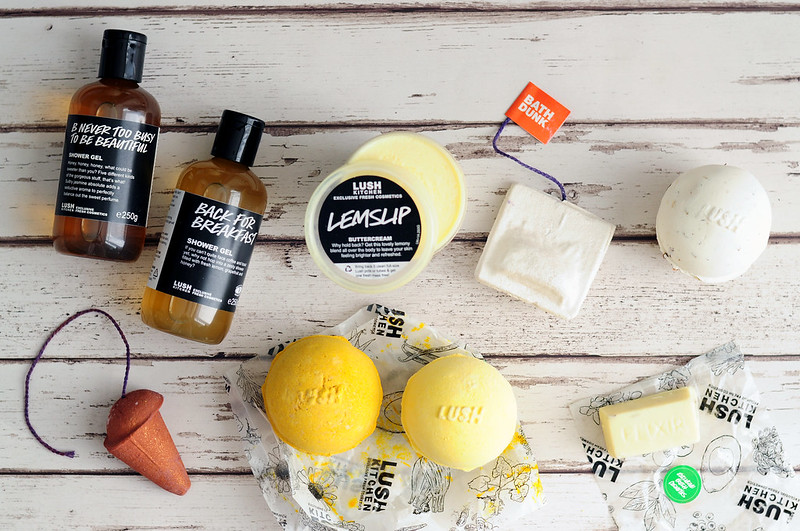 B Never Too Busy To Be Beautiful Shower Gel | £10.95 // This shower gel smells straight up like honey! I absolutely love it and it'll be perfect for using with other scents. I wish Ma Ba Bubble Bar was still available as I think the two would go really well together.

Back For Breakfast Shower Gel | £9.95 // This is a citrus scented shower gel that works amazingly well to refresh and revive in the mornings. Not the most unique scent, but nice all the same and will work well with a lot of other products and scents.

Lemslip Buttercream | £10.25 // So the buttercreams from Lush are meant to be used like soap so you just scoop out a small amount, lather it up and use it like you would a soap or shower gel. Lempslip as you can imagine, has an incredible lemon scent that doesn't smell anything like toilet cleaner, the problem I have with a lot of other lemon scented products. It almost has a whipped conssitency and I love it and hope they bring back other scents.

Flowering Tea Reusable Bubble Bar | £4.95 // This is one of the newer Oxford Street products that I hope will be available online and in stores at some point like others have. It's a reusable bubble bar so you don't break a bit of like you normally would. Instead you just hold it under the running tap and it creates the bubbles. I love how it looks like an actual tea bag and I think there's flower petals in the middle. It has quite a strong floral scent as you'd guess given the name.

Pooh Stix Bath Bomb | £3.75 // I remember this one being sold although I never did try it before it was discontinued. Pooh Stix, is a game invented by main character, Winnie The Pooh. Each player drops a stick into a stream from one side of the bridge, then runs to the other side to see whose stick comes out first. I love the whole idea behind this bath bomb and the sticks are cinnamon and liquorice. This doesn't create the prettiest of baths as the small sticks end up floating in the water. I'd be tempted to add the bath bomb to an old pair of tights to avoid this. I have to be honest, I really don't like the smell of this one! It's so strong and overpowering scent is patchouli.

Divination Reusable Bubble Bar | £5.95 // I've never tried this one before nor heard of it before it was released in the Kitchen. It's a reusable bubble bar so it's one that you hold under running water instead of crumbling it up. It's an Oxford St exclusive and smells incredible. Before use it's an incredible bronze colour, but turns purple once it's used. To me it smells like parma violets and I really love it.

Golden Slumbers Bath Bomb | £3.95 // Despite the name and having not really read anything about this bath bomb, I was surprised at it's scent. From the colour I expected a citrus scent, but instead it's a mix of lavender. It's such a relaxing scent and I wish this was permanent. Luckily I bought two so I can at least get a few baths until it's hopefully brought back to the Kitchen. It also looks like it's packed full of gold shimmer.

Lemon Days And Ginger Beer Bath Bomb | £3.75 // I love the name of this bath bomb which comes from Enid Blyton. The scent of this one is a mix of lemon and ginger as you'd guess from the name along with mandarin and geranium. It's one of the more plainer looking bath bombs, but the scent is most important.

Elixir Bath Melt | £4 // This was first released in 2001 before being reinvented in 2007 to what it looks like here, a plain bath melt full of red rose petals. I'd never tried it thought despite being a huge Lush fan. The scent is ginger and cardamom, not my favourite scent combination, but nice enough to use. I love ginger scents, but it's the added cardamom that I don't quite like. There is also a mix of ylang ylang, almond and the rose patels. I love using bath melts as it means I can skip applying body lotion since they're so moisturising. I tend to cut the bath melts into two since they are quite expensive and I have a smaller than average bath. I really love the scent of this one and am glad I bought a couple. 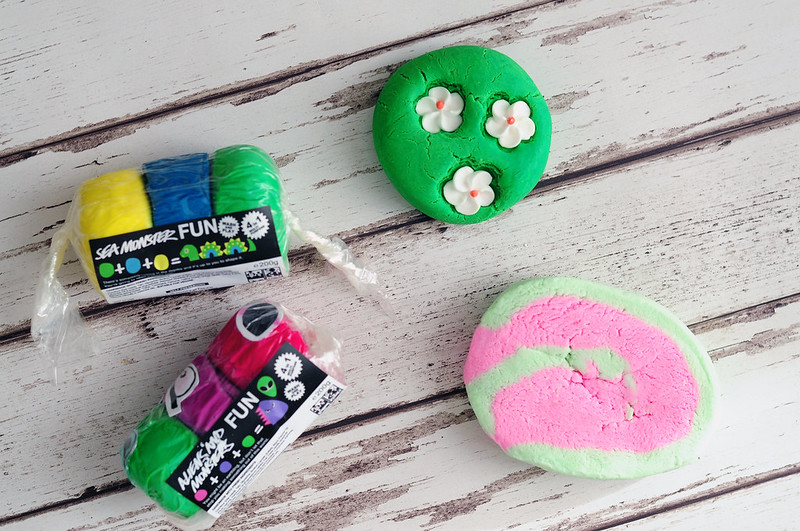 Sea Monster Fun | £5 // This is the same concept as Aliens And Monsters, but with the three colours you can create your own sea monster. While I probably won't be making anything out of it, I will be enjoying the scent as a bubble bar. It has quite a subtle scent and each colour varies slightly. I've read it has a similar scent to Big Blue Bath Bomb, but I haven't used it in a while I can't remember the scent.

Aliens And Monsters Fun | £5 // This is actually the first Fun I've tried fro Lush and I couldn't resist this design. I think this is available in Oxford Street, but was available to buy online from the Kitchen as a one off along with everything else here. So Fun can either be used as a soap, shampoo, bubble bar or simply a bath-like play-do. I mainly bought these two, along with a few of the plain colours, to mix and match the scents to make my own bubble bars. I've heard t green and red fun mixed together smells like Lord Of Misrule and this one does as well.

Grass Bubble Bar | £3.75 // This one looks similar to Pop In The Bath and unfortunately the flowers haven't stuck very well and fell off as soon as I opened it. It has a hint of grass to it, but the main scent is quite sweet and floral with a hint of citrus.

Supertramp Bubble Bar | £3.75 // I'm so glad I bought a couple of these as it's probably one of my favourite scents from Lush and one I haven't tried before. The more dominant scent is sandalwood which is my favourite note in perfumes. I also love the design of this one and it reminds me of a watermelon. It's also huge and really worth the price tag as I'll probably be able to get six baths out of this one. 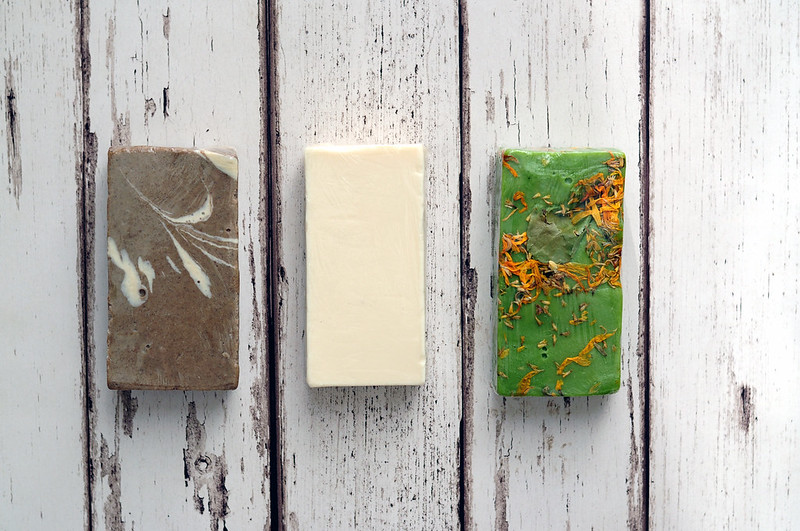 Waylander Rhassoul Soap | £4.20 // When this was announced as being sold in the Kitchen I wasn't particularly fussed. I read a few reviews on it and decided to not get it. It sounded like it might be too abrasive to use as a hand soap which is how I tend to use the Lush soaps. I was adding the other products to my order and suddenly decided I just had to have it. I'm planning on using it as a foot soap as I think the pumice and mud will work wonders on my incredibly dry feet. The scent is vetivert and patchouli.

Milko Soap | £4 // I love the scent of this soap and it reminds me of Snowcake Soap which is usually released as part of the Christmas collection. It has quite a milky scent with a hint of lemon and orange. It's pretty plain looking, but I have a feeling it's going to be one of the more creamy and moisturising soaps from Lush.

Beautiful Pea Green Soap | £4.20 // Not the prettiest of soaps, but this does have a really nice sent. It's the sandalwood that I love mixed with kaffir lime leaf and tangerine. 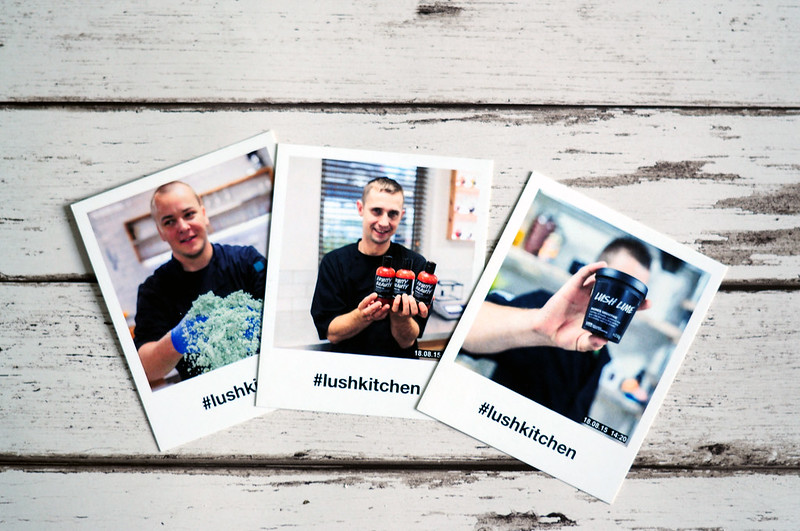