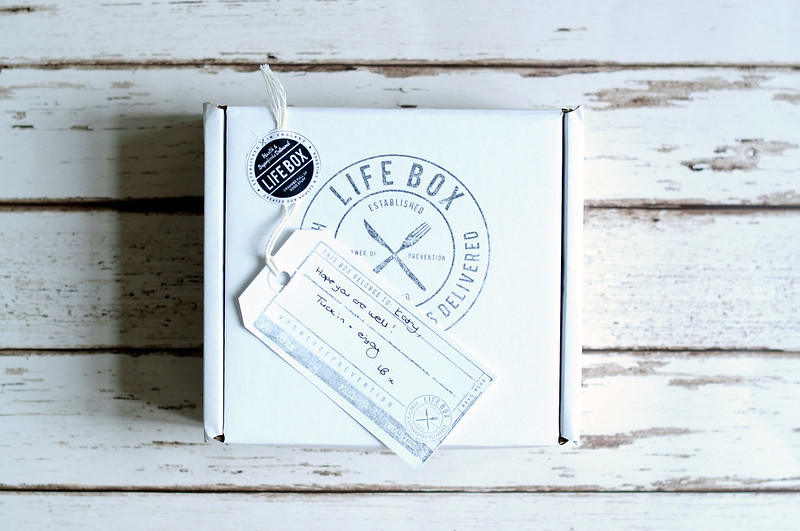 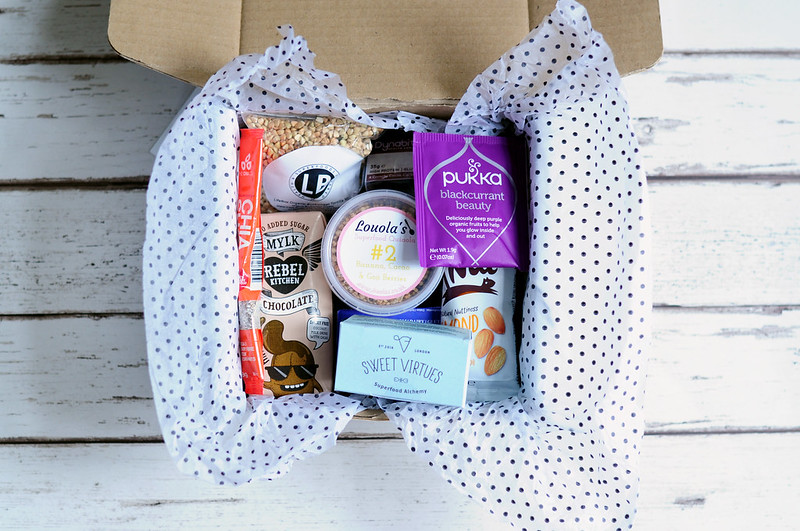 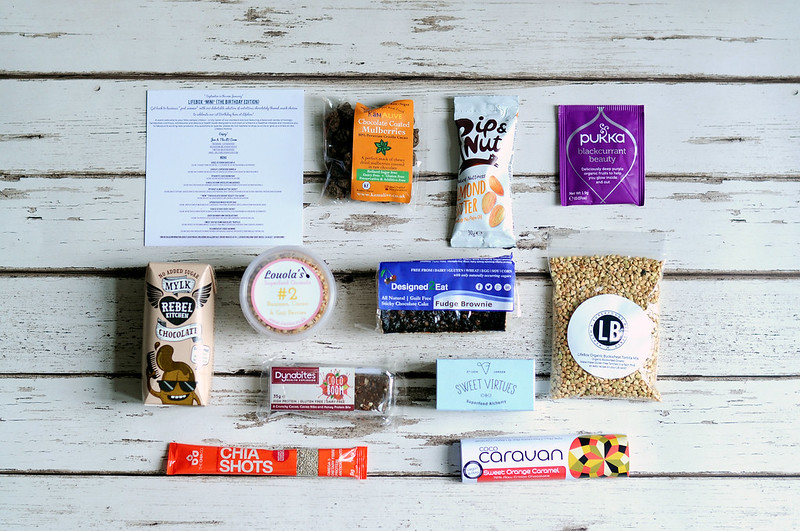 So my three month subscription to Lifebox ended last month and I had to make the decision to extend it or not. I waited until the contents of all the September boxes were released and since there were a few things inside that I wasn't so keen to try I decided to wait till next month. As soon as I saw the one off birthday edition box I knew I had to order it. I am a huge chocolate fan and sweet treats in general and I knew I'd eat everything included. I also liked the fact that the box was a little bit cheaper to the standard boxes at £14.95.

As with the other boxes, I try to make them last the month so I tend to try a couple of things each week. So far after having the box for the week I've tried the Sweet Virtues Raw Chocolate Truffles which I loved and want to try and recreate. The Coco Caravan Raw Chocolate Bar on the other hand wasn't great. It was nice enough to eat, but I wouldn't buy it if I saw it in the shops. I liked the caramel part, but couldn't taste the orange and the chocolate itself wasn't the best. I've tried the Pip N Nut Almond Butter before and loved it. Finally I'm about to go and grew myself a mug full of the Pukka tea. It smells incredible and if it tastes just as good then I'll be hunting down a box when I next go food shopping.

Out of what's left that I haven't tried so far, I'm most excited about the puffed quinoa mix from Louola as it's been on my to try list for a while. I'm also excited to try the chocolate covered mulberries as well as the raw brownie.