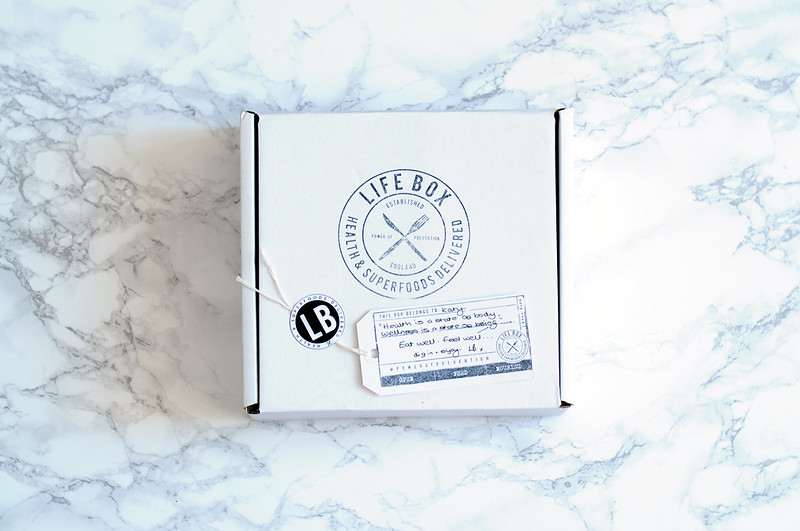 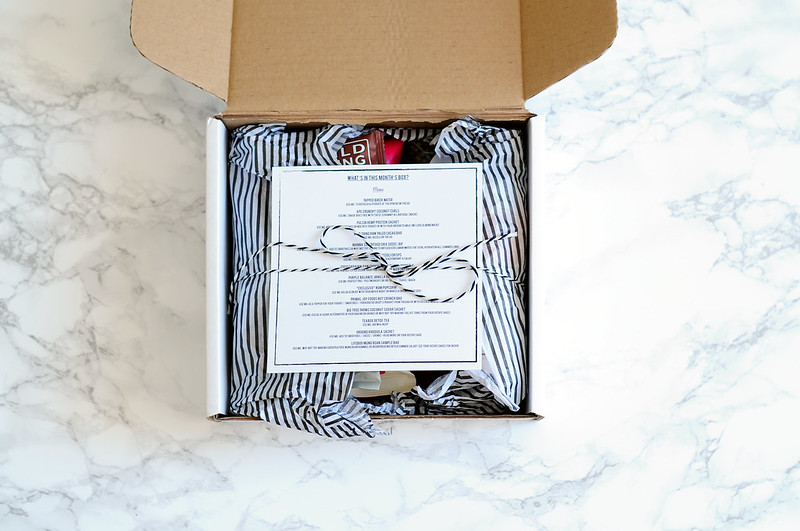 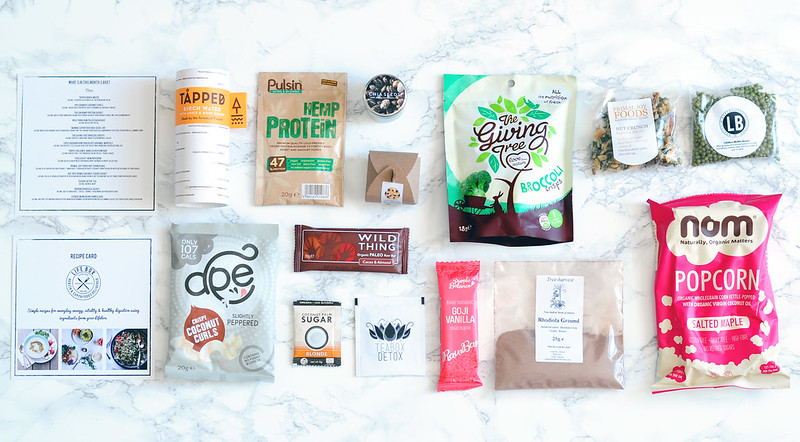 This is the last LifeBox from my three month subscription and I think I'm really going to miss it if I don't carry on. It's introduced me to brands and foods I probably wouldn't have tried otherwise. If I do sign up for another subscription then it'll be for another three months. I wouldn't like to pay the full price for a year as I'm not sure I'd want it for that long. What I'm not sure about is which box to go for. Do I stick with the everyday box which is what I had for the past three months and really enjoyed or do I try one of the others.

I haven't tried too many things from this months box as I only took the photographs yesterday and I didn't want to eat anything before doing so. I already have a bag of coconut sugar so I'll probably take the sachet to work. I use chia seeds on a regular basis so the contents of this mini jar have already been poured into the jar I keep them in. I ate the Wild Thing Raw Paleo Cacao Bar earlier which was nice, but not my favourite raw bar.

What I was most excited about in this months box is the Birch water which I saw in Estee's favourites video. I love the packaging and I'm hoping this will be just as nice as the Maple water that was in July's box. I'm not too sure what to do with the hemp protein powder as I still have a sachet from another box to use. I don't think they're the type to put in smoothies so if anyone has any ideas then let me know! I'm intrigued on how to sprout the mung beans, but I'm torn between making the houmous or the salad, the two recipes were included in the box.


I'm not sure what to do with the ground Rhodiola so I'll have to do a bit of research. I also have no idea what the peppered coconut curls or broccoli crisps are going to be like and my mum has already asked to try them when I open them.