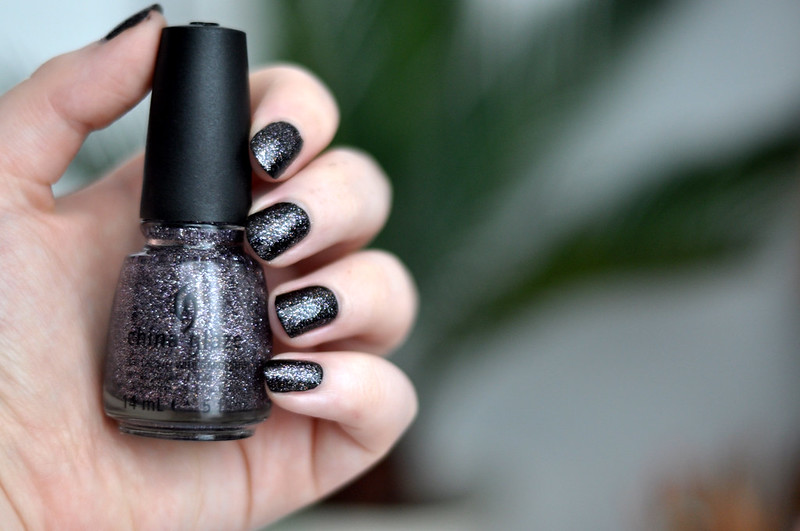 Although the name of this nail polish is obviously a spin on Sex In The City but for some reason when I see this I always think of Gossip Girl, no idea why. This is a bit of an odd polish and I'm not sure I like it. It was one that I bought online as it was on sale without even looking a google images to see what it would be like on the nails. It's one of those polishes that is too sheer and takes too many coats to become opaque but it's not really a glitter to layer over another polish. It's very similar to China Glaze Skyscraper which I also have the same problem with, both actually from the same Metro collection. CG In The City is packed full of small silver, lavender, copper and black square shaped glitter suspended in a clear base although you have to look at it very closely to see the different colours. I like how it looks over black but I just don't love it and it's one of those that I don't think it would look good over any other colour.