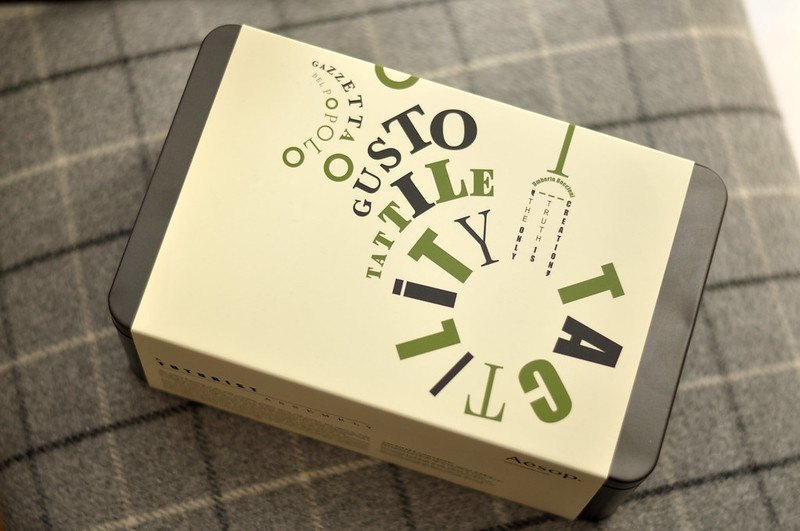 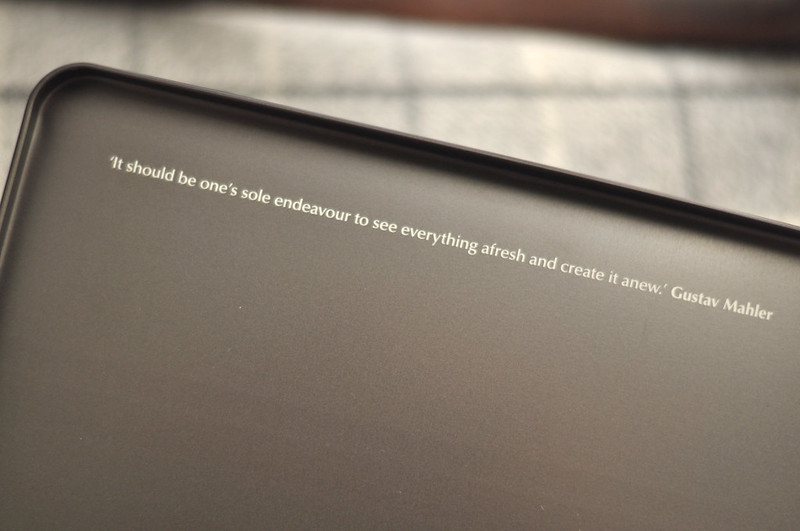 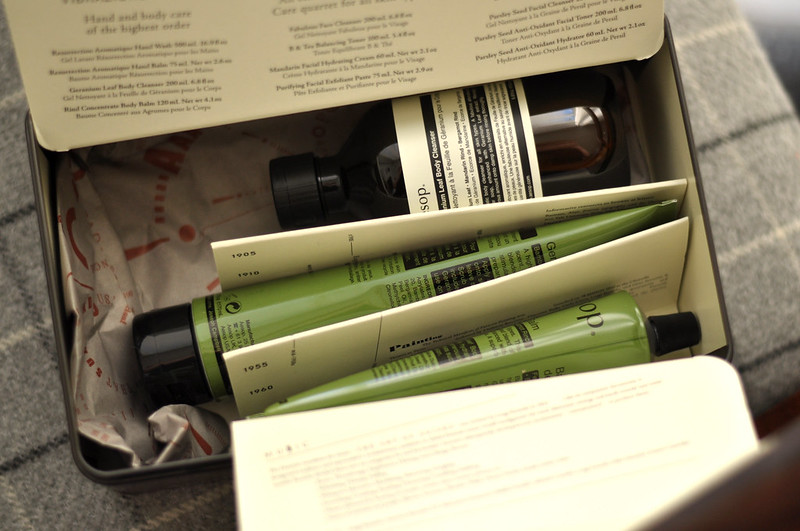 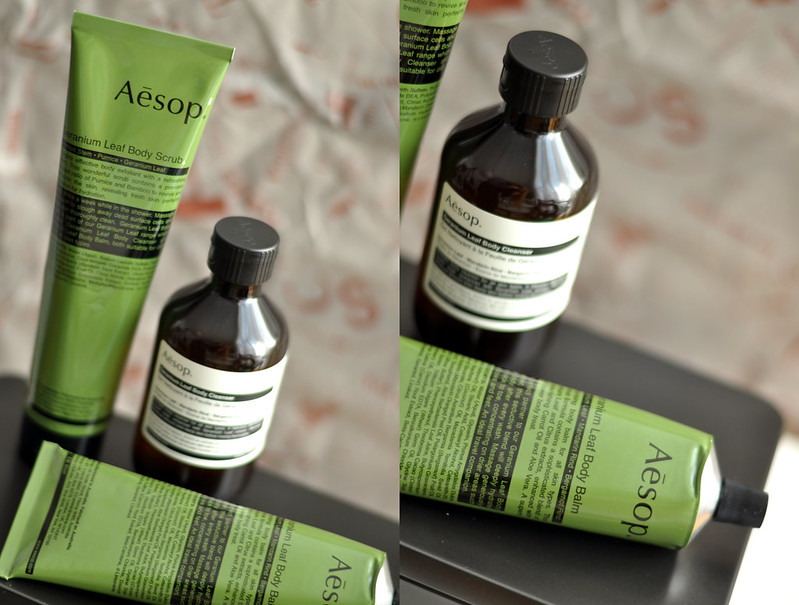 I’ve tried a couple of skin care products from Aesop over the years but this is the first time I’ve tried anything from the body range. I went with this Tactility gift set as I thought it would be the best way of trying a few different products but with all the same scent. As with the skin care, the packaging is spot on and I’m now using the tin to store bits and bobs that don’t really have a home, think spare toothbrush and toothpaste as well as cotton buds that won’t fit in the jar I keep them in. Plus it makes me incredibly happy that I am able to use a tube squeezer on two of these products. It’s the small things in life!

As far as the Geranium Leaf scent goes, I wasn't sure what to expect when I ordered it and I did order it blind having never smelt any of the products before. Luckily though I really like it but find it quite hard to describe how it smells. It isn't a floral scent but also isn't particularly green smelling. Think rosemary and lavender, that sort of smell, with a hint of citrus, it's a pretty unique scent.

Aesop Geranium Leaf Body Scrub | £25 // This has to be one of, if not my favourite, body scrub I've tried so far. It's a grey gel texture that is packed full of tiny pumice and bamboo stem particles that are abrasive but don't irritate or hurt the skin, and this comes from someone who has extremely sensitive skin. The gel base almost turns into a shower gel as it lathers up as you scrub it into your skin. Once you wash the scrub off your left with incredibly soft and smooth feeling skin thanks to the geranium leaf oil among others. It almost feels like you don't need to apply a moisturiser although I always do. I thought the tube packaging might be a bit of a problem and it might of been hard to get the product out, which I've noticed with others packaged like this, but it wasn't. If anything it was easier to use than a body scrub that comes in a tub as I was able to squeeze out just enough product and nothing went to waste.

Aesop Geranium Leaf Body Cleanser | £31 // A tiny amount of this shower gel is needed so although it's a fairly small bottle that is included in this set, it has and will last a long time, especially if you use a shower lily with it. The geranium leaf range is all about gentle cleansing and this one is no different. It washes your skin well but it doesn't strip and dry out the skin which is perfect for if I have any eczema flare ups as I know it wont irritate it further. It also makes a really nice bubble bath though I don't do this too often as I'd go through the bottle quite quickly.

Aesop Geranium Leaf Body Balm | £69 // The name body balm isn't quite right at describing the formula of this body moisturiser. It is incredibly moisturising as you'd expect from a balm but instead of feeling thick and heavy on the skin, this feels and sinks in like a light body lotion and doesn't leave the skin feeling sticky. This is perfect for me as it irritates my eczema if I apply a body lotion that I can feel on my skin, it just makes me want to scratch it all off which defeats the object of applying a cream. Although the full size is incredibly expensive, I would like to repurchase this although it would probably go on a birthday or Christmas list.


Any other products from Aesop I need to try?