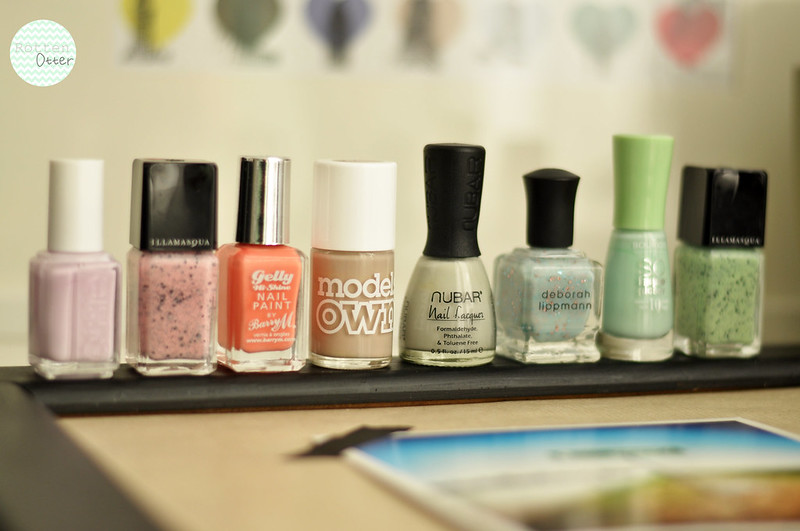 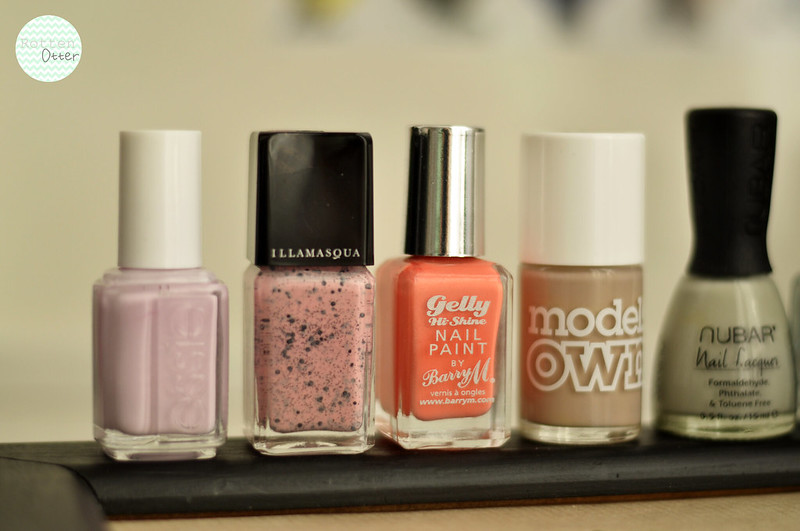 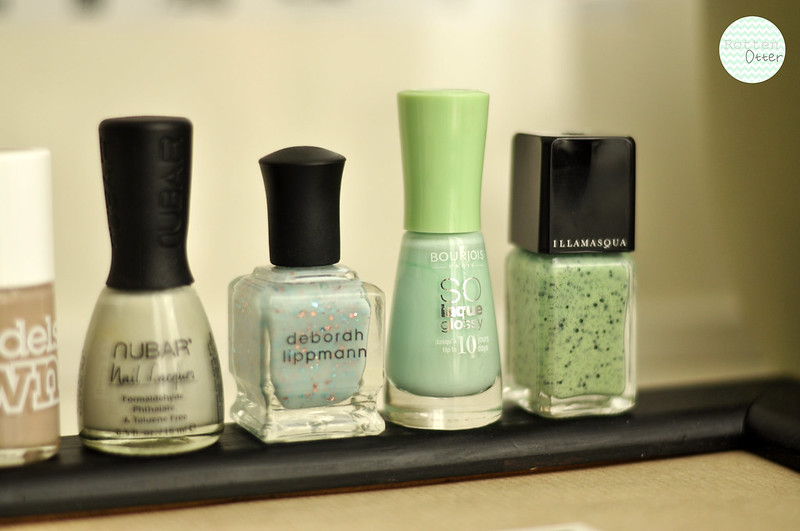 When I was rummaging through my nail polish drawers to put this post together, I probably could have picked out twenty different polishes. It was pretty hard to narrow it down to just these eight polishes. Just look at the post I wrote last year which included a whole rack of pastel nail polishes!

I'm still obsessed with the whole speckle nail polish trend and have been wearing these two from Illamasqua a lot. Although I love these and the formula is great, I just wish the Models Own version, which are about a third of the price, had been released earlier and I could have saved myself a lot of money. Although saying that, the I'mperfection are more pastel which I prefer, especially when it comes to spring colours.

Despite all the pastel shades, I'm still a huge fan of grey nails and have finally found a dupe of Models Own Misty Grey which they discontinued. The dupe in question is Nubar Citadel and although it annoyingly separates really quickly, the colour is spot on. Models Own is a brand I've found some of my all time favourites from and another polish I can't stop wearing is Slate Grey. It's a bit more of a nude shade but still has that hint of grey that I love. Another similar polish is Conctrete Mixer, again from Models Own.

I normally include Essie Mint Candy Apple in my spring picks but this time I thought I'd change it up a bit and include a different mint shade. Although I hate the formula of Bourjois Amande Défilé, I really love the colour. It sits completely in the middle of mint, it doesn't lean more blue or green.

Another polish I hate the formula of but love the colour is Deborah Lippmanns Glitter In The Air. This polish is as sheer as polishes can get and you need about six coats for it to be even slightly opaque. Instead I use a similar coloured polish and just add a coat or two of Glitter In The Air. You still get the same effect but without all the trouble. I usually use China Glaze Kinetic Candy or NYX Pastel Mint.

I've linked to all of the NOTD's I've done so far if you want to see the polishes in more detail and about the formulas. For those that I haven't posted I will be doing so in the next few weeks.