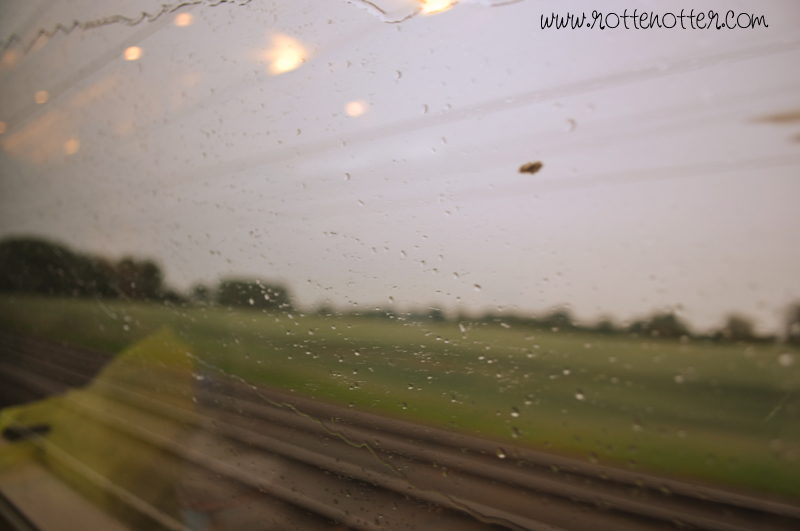 001 This week has been pretty boring, it was my first full week back in work since coming home from Venice. To say I was tired was an understatement! Friday evening though I hopped onto a train to London to see the family, do a bit of sight seeing and go to the Aussie event.

002 Saturday day was the Aussie Lusciously lighter event which was so much fun! It was held in Sunbeam Studios which was the perfect setting. I got to meet so many bloggers I haven't met before, catch up with those I haven't seen for ages and discovered lots of new blogs to read. There was a photo shoot set up, hair stylists to the side, champagne tasting and a candy floss machine!

003 Saturday evening was spent being the "adult" at my cousins garden party for her birthday. Luckily no one threw up, the house wasn't trashed and the police weren't called. Definitely made me feel old though!

004 I originally planned to go to some art galleries on Sunday but it was boiling! The weather was way too nice to be indoors, think it was about 30°. Instead I walked around Covent Gardens which I've never actually been to before, no idea why.

005 I had a bit of a macaroon weekend, I had some in my goodie bag and then a giant one from Euston. I had planned to try and find Laduree in convent garden but didn't have a map with me. What do I find when I walk up the road to Covent Gardens, but Laduree! Pure coincidence! I bought an orange blossom and cherry & almond macaroon which were amazing.

006 The train home wasn't so great, my first train was delayed so I missed my second train and had to wait in Crewe for an hour. Not what I wanted when it was so hot out.

What have you been up to this week?